The project follows the idea of a campus, which has been designed as an edge object on a sloped area which connects the old city hill park with close neighbourhoods. The different functions, such as kindergarten, multipurpose halls, library and art ateliers, are located in around a courtyard in the center of the campus. the building is planned to be the last phase of the development of the municipality’s cultural masterplan. the architectural expression of project is defined by the idea of transparency and opacity, which will help to create a future landscape memory on the city 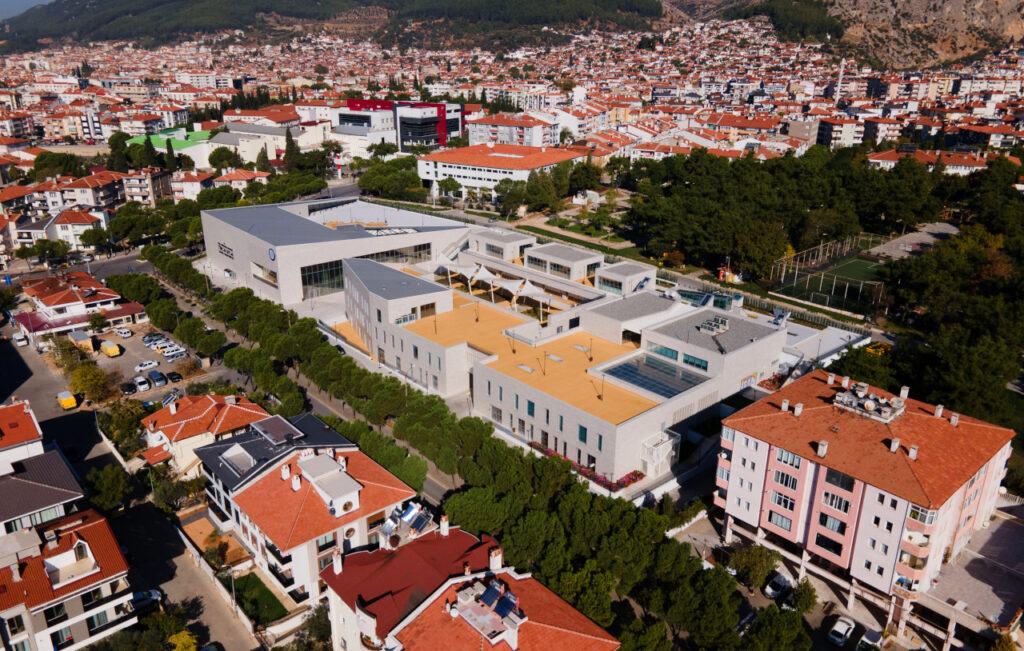 We are ready for the next project